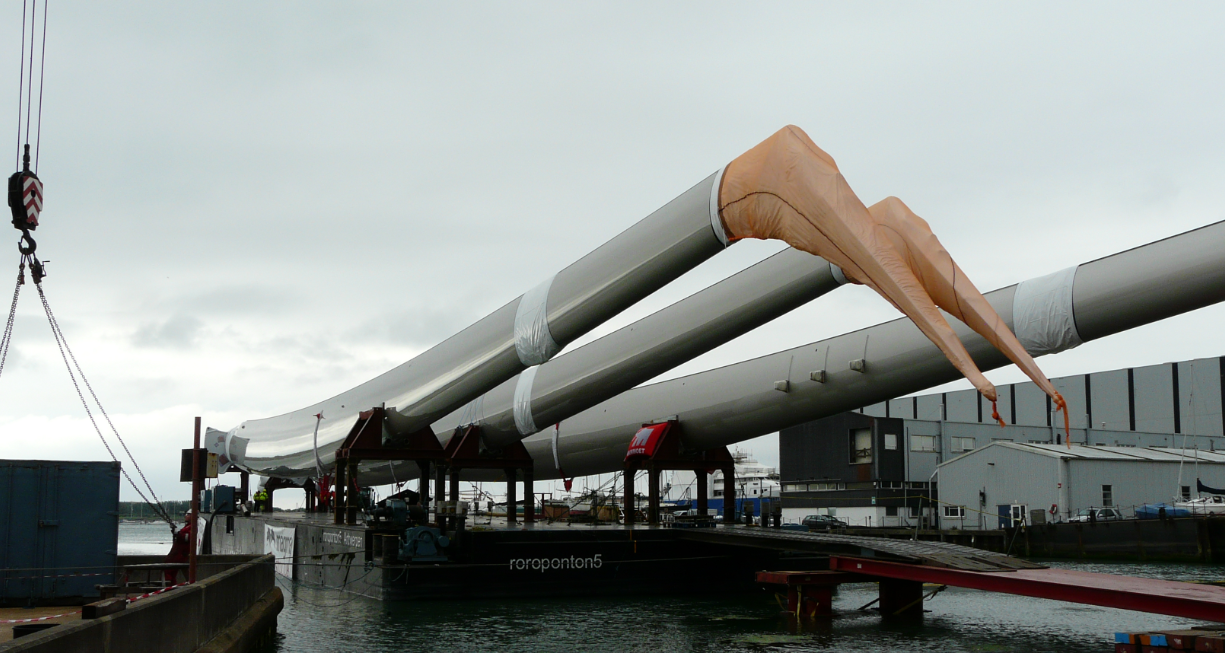 When you’re transporting the tallest sailing masts in the world you need to be sure they are securely fastened to the barge carrying them and that was the challenge set for Southern Maritime Services in a weekend operation at the Portchester location of Magma Structures.
The three composite structures, measuring around 100 metres, were loaded on the barge for the voyage to Germany where they will be fitted on the world’s biggest sailing yacht, currently in build at the Nobiskrug yard on the Eider River in Rendsburg.
A special barge was brought into Portsmouth International Port to ship the masts but a key requirement was the ability to lash the masts securely for the voyage across the North Sea. 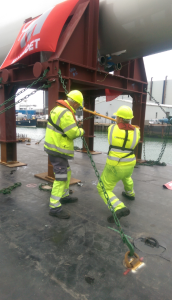 SMS was called upon to provide both expert labour and additional ten-tonne lashings to carry out the task as the masts were carefully moved out of the Magma Structures workshops and placed on the barge ready for towing to Germany where they will be fitted on to the 170m. yacht, which is due for delivery next year.
SMS General Manager Alex Fernandez explained: “Any significant structure being transported, particularly with high value, requires specialist lashing skills to guarantee that shipments are secure and can be moved safely. We have the combination of skills and equipment that mean we are well placed to offer this service anywhere on the South Coast and the yacht mast project was certainly one of the more unusual projects that we have been asked to assist with.”

Contact us for more information either by calling us on 07918 726196 or send us an email outlining your needs.